It’s as popular as ever from the time we were here last in 2016. 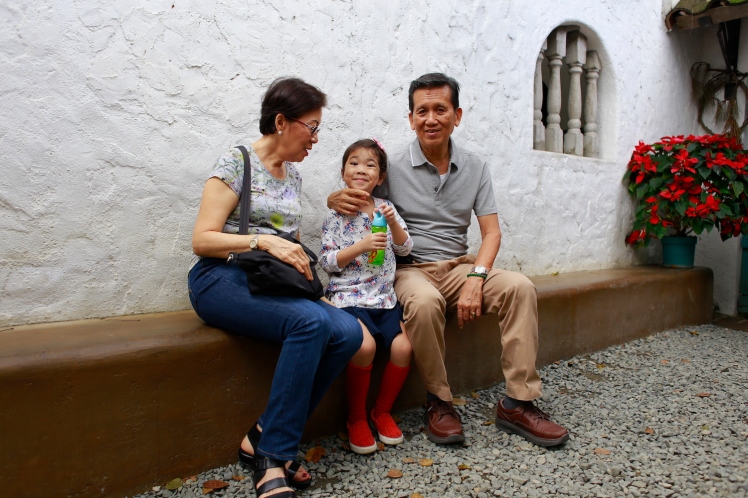 It was good to be walking, going up and down steps, and be surrounded by much greenery in Pinto Art Museum again, especially after a hearty (albeit discouraging) lunch in Vieux Chalet.

The senses also had a good exercise. 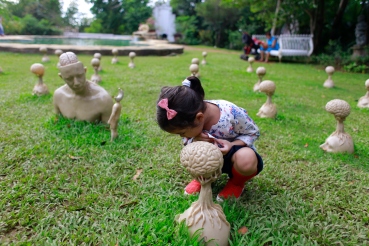 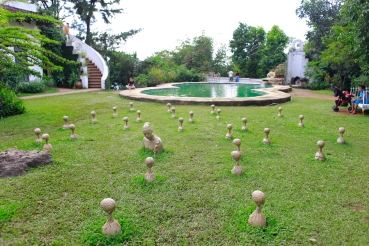 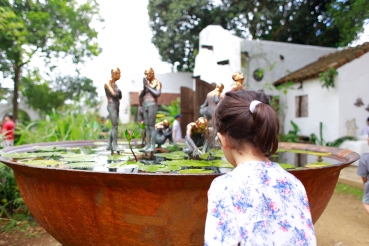 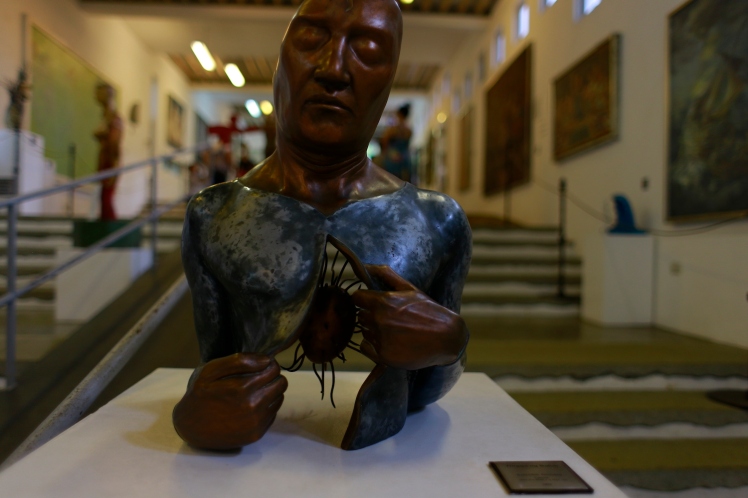 There were several new artworks from the last time we were here. The running joke was that we just wanted to see Richard Gomez’ paintings (harhar). The surprise was that they were actually impressive.

It really is a good idea to get out of the city and do something you wouldn’t typically do, even for just a day. Even a person who considers museums or art boring or too high-brow will go home with more appreciation for both after a visit to Pinto. I think the outdoorsy verdant setting just makes the entire experience more accessible, more enjoyable. 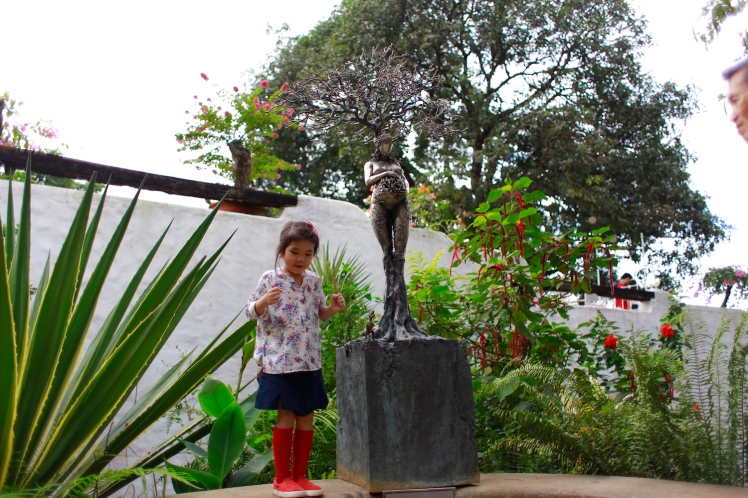 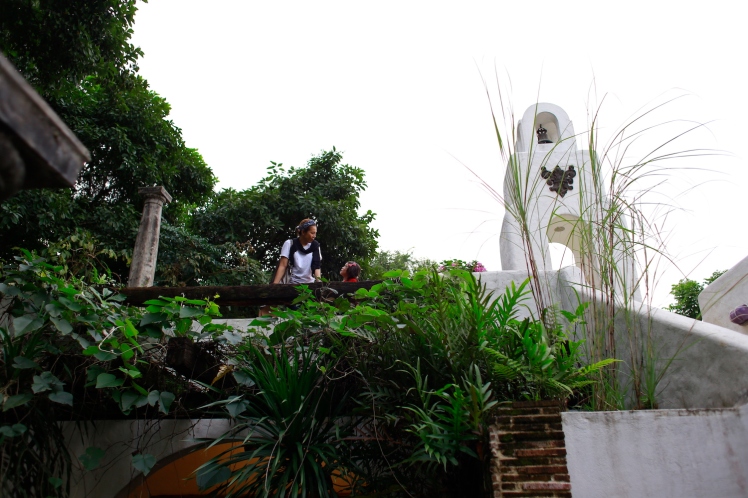 There’s something to like, even for a 4-year old, in Pinto. The museum has a number of birds around the property. And there’s also good dessert.

That said, it seems that some people still need to be briefed on proper museum etiquette. Primarily, that even non-paintings or non-traditional sculptures and statues found outdoors are not photo op props, or can just be moved or handled.

We had an interesting conversation with one of the museum staff when we discovered that some shovels – part of a multi-piece artwork – were loose and broken. We thought maybe people needed to be educated about art appreciation more. His opinion was that it’s not so much as a lack of education but a case of feeling entitled to certain things just because one is a paying customer. 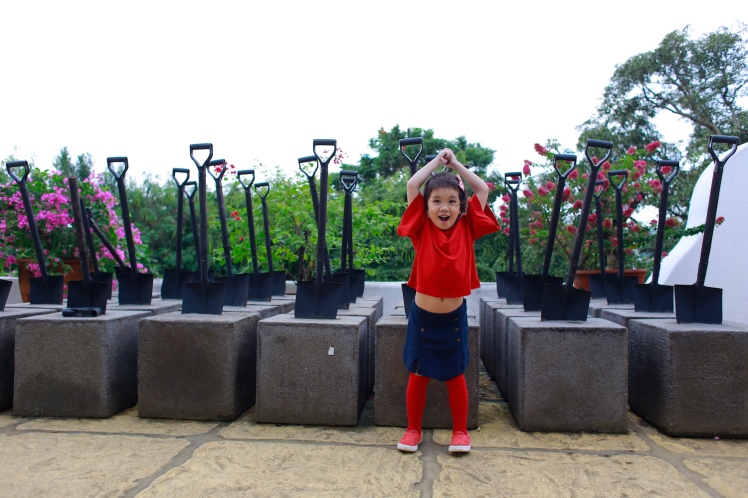 Deeply unfortunate. We have to remember that this place and the vast collection it holds used to be private. Let’s not give them a reason to keep everything behind closed doors again.

One thought on “Pinto Part II”