There are two mangrove areas that I know of that were developed for ecotourism. There’s one in Subic, and another one in Calatagan, Batangas.

I was excited to find out that there was a mangrove forest open to the public in Lobo, Batangas as well. There’s nothing like an outing that has a bit of a field trip on the side too, if you ask me. It was a good opportunity to show the little one a different kind of ecosystem!

Should you find yourself here this year, I will cut to the chase with important advice: Take the boardwalk until you reach the ticket stop. ONLY. Then go back.

That part is the end of the first leg of the boardwalk. There’s a rest area, and it’s there where you will also be asked to sign in a log book and pay a P20 (US$ 0.45)* fee (it’s free for kids but until what age, I am not sure).

Here, the person in charge told us that the boardwalk is under renovation and that we be careful. That is all.

She didn’t inform us that there were freakin’ booby traps ahead:

Or that some of the bamboo is so old/rotten, it made loud crunching noises under our feet. It was only with sheer luck that none of us fell down a hole, really. 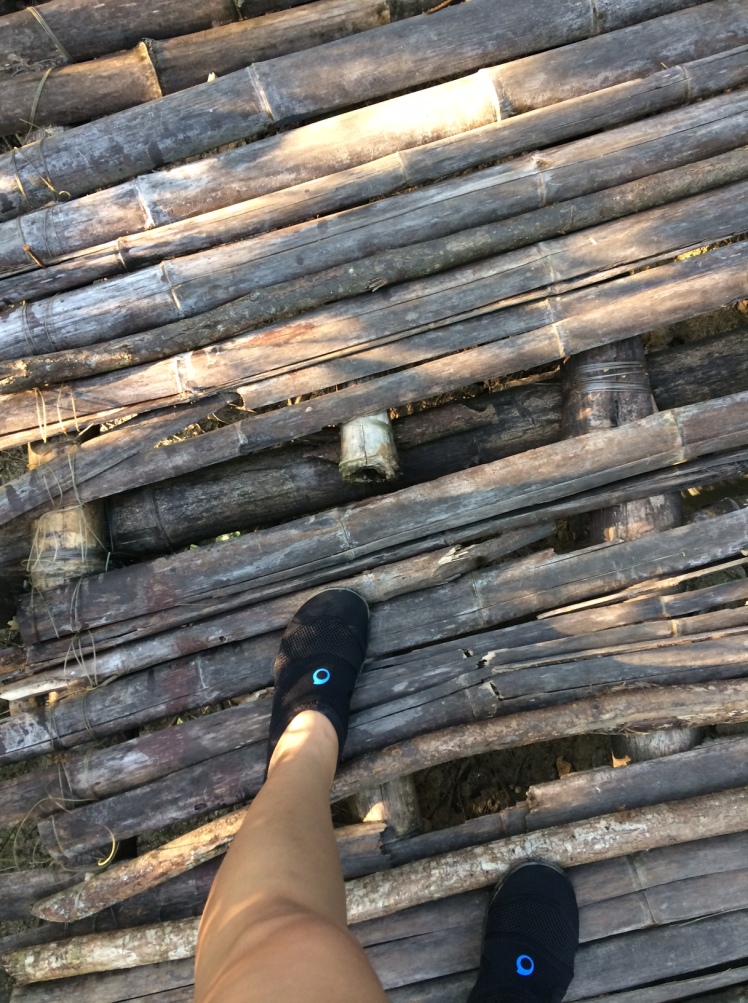 Or that the whole thing would feel like a sinister episode of Takeshi’s Castle.

I was constantly on guard, on edge, watching out for potential hazards ahead, and making the kid stick with Shaine instead of me to lessen the weight on the steps.

It didn’t help that the boardwalk seemed to go on forever. There were no signs to indicate what was up ahead, how much longer the path would take, or if there was an end to it all. 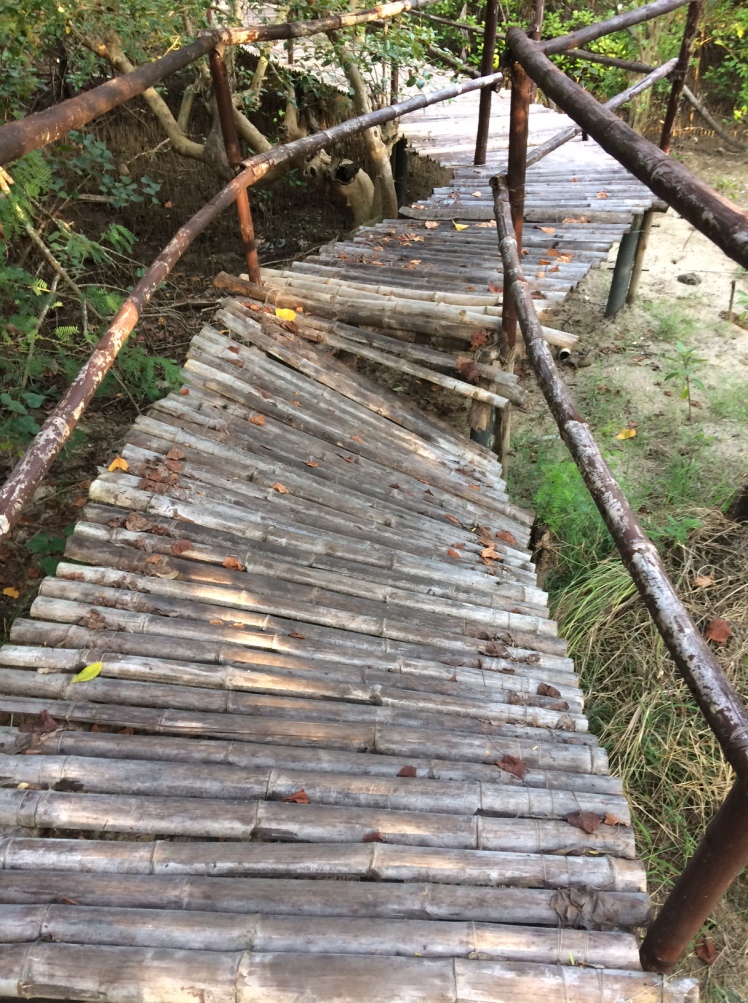 It felt like it would take twice as long to just turn back, but in spite of our best efforts (and with my kid close to tears), the boardwalk just ended in a collapsed portion that was impossible to traverse unless you climbed down into the swamp.

We had no choice but to go through the damned obstacle course all over again.

I love what ecotourism stands for, and it’s partly why I sought out the mangroves. Ecotourism shows us that there is a more sustainable, more responsible alternative. Ecotourism should be the tourism of the present – not only of the future. It’s the kind of initiative that I am more than happy to support.

So while the municipal government, its partner NGO, and Batangas State University also, I believe, has done a fantastic job of developing the Lagadlarin mangrove forest into an ecotourism venture, I find that staff lacking in training and common sense unfortunately ruined the experience for us.

When confronted, the lady at the registration area acted like she’s free of any kind of responsibility by saying that she already informed us that the place was under renovation and that we should be careful. It’s all she kept muttering about.

From the sound of it, she hasn’t walked the path herself recently because she had no idea what the actual condition of the boardwalk was. She didn’t seem aware that the boardwalk doesn’t go all the way to the end because there’s a collapsed portion either.

If she did, the correct thing to do was to stop us right then and there because it wasn’t safe. More so that we had a 4-year old with us.

We visited late October this year. I truly hope they renovate properly and improve the place, it has the potential to be an amazing tourist spot. For us though, this was the worst part in visiting Lobo.

*Peso to US dollar conversion courtesy of Convert Units